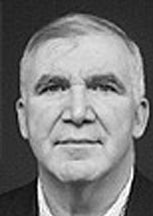 Directly prior to joining Clarity, Ted was Asia Operations Manager for Corning’s optical fiber unit. Prior to assuming this key post, Ted was Commercial Director for Greater China based in Hong Kong. In this role, Ted managed the activities sales and applications personnel in Hong Kong, Shanghai, Taipei and Corning, NY in support of OEM accounts and end users in the telecommunications industry.

Prior to Ted’s 16 years at Corning, Ted spent 5 years in general management at Hilliard Corporation, a manufacturer of oil filtration and separation equipment. During his tenure there, he converted the company’s agent sales force into a distributor network. Among many notable achievements, Ted managed the specifications and supply of all gas turbine filtration equipment for the Trans-Siberian pipeline.

Prior to Lord, Ted was a District Sales Manager at Rockwell International and a Sales Engineer at Westinghouse Electric.

Ted earned a BS in Engineering from Case Western University.