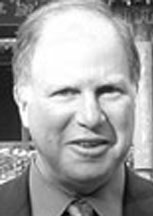 Directly prior to joining the Clarity roster in 2014, Steve served as President and CEO of Wheaton Industries – a broad line manufacturer of life science and laboratory products. Steve began his stint with Wheaton as an Alcan operating unit, stewarding its spin off to the PE firm River Associates in late 2006 and subsequently to PNC Equity Partners in mid-2010.

Prior to Wheaton, Steve served in increasingly senior roles with multiple industrial and life science manufacturers, including Honeywell, Dow Chemical, and Mettler Toledo.

Steve earned a BS in Engineering from Clarkson and MBA from Fairleigh Dickinson. He also has 8 years of military service with the US Army National Guard