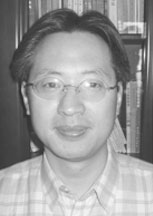 Prior to forming his own consulting firm in 2004, Mr. He spent 6 years with InterTech Corporation, where he managed the production of market research studies. He was the Project Manager for several Clarity engagements during his tenure with InterTech.

Prior to his years at InterTech, he served as Sales Manager for the Tianjin Salt Administration Bureau (1993-1998) and worked in the enterprise management office of the Tianjin Artificial Leather Plant (1986-1993).

He is a 1986 graduate of the Automation Department of the East China Institute of Metallurgy (Anhui University of Technology).