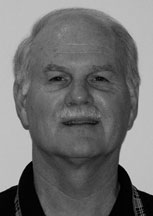 Dave Jackson has over 37 years of experience in engineering and operations management, the last 14 years as President of C. Lee Cook, a Dover Corporation operating company. During Dave’s tenure at Dover, he contracted Clarity on several occasions, including one acquisition search and four acquisition due diligence studies. Clarity’s research in support of C. Lee Cook’s ’05 acquisition of Compressor Valve Engineering reinforced management confidence in how this UK based prospect would bolster European growth.

Dave began his career at Bendix Corporation in the 1970’s, developing patented new products for existing and new automotive markets in his engineering and marketing roles. At Dover, he initially spearheaded growth at a small Aerospace unit within one of the operating companies, expanding their markets and product applications. Later at Dover he became Vice President of Marketing and Sales in the compressor parts unit serving the natural gas and petrochemical industry. As President of C. Lee Cook, revenues and profit more than doubled through both organic and acquisition growth.

At Clarity Dave applies his M&A experience to work with small and mid-size manufacturers on both sides of the acquisition equation; helping clients with their acquisition initiatives as well as their exit planning and execution.

Dave earned a Bachelor of Mechanical Engineering degree from the University of Louisville and a MBA from Oakland University.