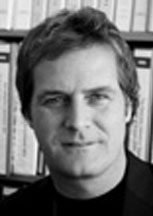 Corey Reardon has 20 years of experience in the printing and converting trade.

Corey began his career in 1985 in Corporate Planning with McGill Manufacturing Co. He subsequently joined Rexam Release (then H P Smith) in a product management role, followed by various marketing and business development roles at the company, with an emphasis on developing the company’s release liner business in the self-adhesive industry. His increasingly international role led to his relocation to Brussels, Belgium, to establish a European coordination center, and to develop the company’s interests in Asia.

In 1995, he was appointed Director of Marketing and Sales for Rexam Release’s European operations, and relocated to The Netherlands.

In January 1997, Corey joined the Netherlands-based Fasson Roll Division of the Avery Dennison Corporation as Marketing Director for Europe, with responsibility for marketing and business development in the EMEA region.

In September 1999, Corey acquired UK-based Alexander Watson Associates. As President & CEO of AWA Alexander Watson Associates and AWA Conferences, headquartered in Amsterdam, Corey brings over 20 years’ experience in the industry. As an industry expert, he is an internationally-respected speaker and a specialist in strategic planning (in which he continues to consult for client companies). Privately he serves on a number of Boards and is active in his community.

In his role with Clarity, Corey facilitates investor dialog with potential sellers in the rapidly consolidating trade for printing and converting equipment and services.

Corey graduated from the University of Cincinnati in Marketing and Strategic Planning with a specialism in Strategy and Implementation, and the Kellogg School of Management at Northwestern University, in an Industrial Marketing Program.